The Diaries of Waguih…

The Diaries of Waguih Ghali – 2 Volumes 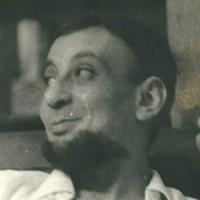 was born in Alexandria, Egypt to a Coptic family. According to Ghali’s friend and editor, Diana Athill, Ghali carefully obscured details about his past.[1] Ghali’s diary confirms his birthdate (25 February), but not his birth year. He was probably born between 1927 and 1929. When he was young, his father died, and his mother (née Ibrahim) remarried. In his diary Ghali writes about his family’s financial struggles. Homeless, he shuttled among friends and relatives in both Alexandria and Cairo. Yet, members of his extended family were wealthy and influential, and there are details of a life of privilege in his writings as well.

One report suggests that he left Egypt for good in 1958.[4] However, personal narrative essays he published in The Guardian (Manchester) between 1957 and 1959 about life in exile suggest that Ghali was already living in Europe by that time. After living in Stockholm, Ghali moved to West Germany in 1960. According to Athill he picked up whatever work he could find, including at the docks in Hamburg, as a labourer in factories, and as a clerk.[1] From 1964 until 1966, he was employed by the British Army Royal Pay Corps in Rheydt, West Germany. In May 1966 Ghali returned to London, where he continued to pick up odd jobs.

On 26 December 1968, Ghali swallowed a bottle of sleeping pills in Diana Athill’s apartment. He died on 5 January 1969. Athill published a fictionalized account of her relationship with Ghali entitled After a Funeral (1986).

Edited By: May Hawas

Professor of English and Comparative Literature at the University of Alexandria and the assistant editor of the Journal of World Literature. She holds a doctorate in literature from the University of Leuven. She has many research contributions, regionally and internationally, and has published several short stories in Mizna, Yellow Medicine, and African Writing. 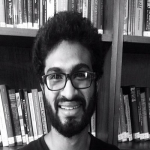 An Egyptian translator who has contributed to several regional and Arab newspapers and websites and has translated several books such as: “The Arab Freud: Psychoanalysis and Islam in Modern Egypt” by Omnia Al-Shakry, “The Letters of Edward Said and Sadiq Jalal Al-Azm”, “Love, Fear and the Arab Spring” by Joseph Massad.

In 1968 Egyptian novelist and political exile Waguih Ghali committed suicide in the London flat of his editor, friend, and sometime lover, Diana Athill. Ghali left behind six notebooks of diaries that for decades were largely inaccessible to the public. An Egyptian in the Swinging Sixties is the first publication of its kind of the journals, casting fascinating light on a likeable and highly enigmatic literary personality.
Waguih Ghali (1930?-69), author of the acclaimed novel Beer in the Snooker Club, was a libertine, sponger, and manic depressive, but also an extraordinary writer, a pacifist, and a savvy political commentator. Covering the last four years of his life, Ghali’s Diaries offer an exciting glimpse into London’s swinging sixties. Volume 2 of the Diaries covers the period from 1966 to 1968. Moving from West Germany to London and Israel, and back in memory to Egypt and Paris, the entries boast of endless drinking, countless love affairs, and of mingling with the dazzling intellectuals of London, but the Diaries also critique the sinister political circles of Jerusalem and Cairo, describe Ghali’s trepidation at being the first Egyptian allowed into Israel after the 1967 War, and confess in detail the pain and difficulties of writing and exile.
Including an interview conducted by Deborah Starr, with Ghali’s cousin, former director of UNICEF-Geneva, Samir Basta.